Zóra Molnár: How to use research for activism? 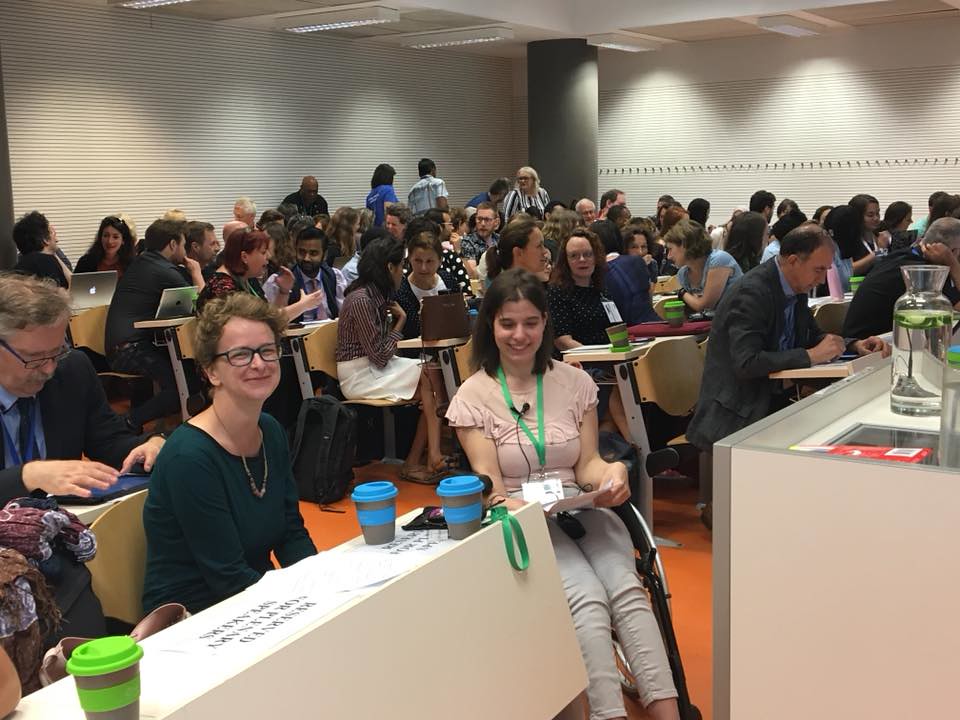 When I started the university in 2009, I moved to Pécs and spent the upcoming three years in a dormitory. After finishing my bachelor degree there in 2012, I decided to come to Budapest and continue my studies here. Initially, I thought it would be easy to manage this process because I had already done it in a smaller city three years. I contacted each university which offers a masters program in psychology to find out if they are wheelchair-accessible or not. Finally, I ended up with scheduling a visit to the Eötvös Lóránd University to attend the open house, meet the coordinator of the students with special needs, and to see the dormitory where I could live. A few months later it turned out that due to the fire and safety regulations it is not possible to create an accessible room as we agreed earlier. The university offered me to options: either I could move to the institution of people with physical disability at Marczibányi square and live there for two years or postpone my studies with one year, stay at home and see what the future brings. I had never lived in an institution before, and I knew that as long as I have an influence on my own life, I will never do so. Staying at home was not a real alternative either, because my family lives in a small village with bad accessibility conditions and very few opportunities for an independent life in general.

We started to look for backup options because the academic year had begun in September, and in the mid-summer, I was still in need of a place to stay in Budapest. Although we left no stone unturned, it appeared to be impossible to find accommodation for a student in a wheelchair. Those universities which had proper rooms were insisted on keeping them for their own students, not to mention the sublets where there can be found basically no examples of wheelchair-accessible properties.

Finally, I managed to move into a social housing unit and start my studies on time, but it was a matter of fortune rather than a systematic response to my problem. From this point on I knew that I want to do something about this situation. I thought it is simply cannot be allowed that talented young people are excluded from the highest quality educational institutions just because there are no proper housing services available for them in Budapest. It is simply cannot be allowed that the lack of adequate housing opportunities prevents young adults with physical disabilities from becoming independent from their families and starting their own lives. I had no doubt that this is nonsense but did not see the way how to change it.

Joining the ”Living Independently in a Community” group was a life-changing experience for me. Although I had no idea about the participatory action research when I went to the kick-off training in August 2016, it became clear slowly, that it might be the tool for that I had been looking for so long. Our group was made up of 14 members: 10 researchers with physical disabilities three allies (social scientists and social professionals) and one photographer. We got to know each other and got familiar with the main types of the research methods during the introductory training. Afterward, we started to work on defining our ”the big question” which we had tried to answer in the upcoming ten months. Following several weeks of brainstorming in common, we decided to dedicate our research to the question: ” what are the conditions of the independent living for people with physical disabilities in Hungary?” Considering that this is an extraordinarily complex topic, we decided to narrow down our research to the following five main areas: housing policy, accessible public transportation and built environment, supporting services, income and social attitude towards people with physical disabilities. We used a wide range of research methods to explore these areas. We designed and conducted two online surveys (one for people with physical disabilities and another for careworkers. We were interviewing people with physical disabilities (focusing on their housing circumstances) and also professionals. At last but not least, we also used public data several times.
Although our topic was very complex, we had been paying special attention to two topics during the entire process. The public transportation was our first focus area: we organized two roundtable discussions on the problems and potential solutions related to the public transportation in Budapest. On the other hand, we also put a big emphasis on dealing with housing policies. We also had some guest speakers, one of whom was a lawyer specialized in the system of the so-called ”supported housing.” This form of housing is supposed to replace the large institutions, which have to be closed down. However, it became clear for us, that the current system serves the interest of those who maintain these „mini institutions” rather than offering a real opportunity for independent living those in need.

Thanks to our research, we have gained a huge amount of lexical knowledge, but I think it is even more important that we have become much more confident, have got interested in the public life, and our political awareness has started to develop as well. I do believe that this set of skills made us self-advocates who are not only determined but also conscious.

In last spring we already knew that we would like to continue working together when the research comes to its end. At that time, we had come across the open call of the Civil College Foundation which was targeted at local communities with some experience in advocacy. We thought it was an amazing opportunity to increase our group and prove its subsistence on the long run, so we applied, and after completing all the requirements successfully, we won enough money to employ a professional community organizer who also receives mentorship and professional training in the frame of the program.

We opened up the group to the newcomers in last October, since then we have been functioning as the first ever advocacy group of Hungary which tackles the issue of independent housing for people with physical disabilities. Our goal is to introduce a legal reform in the field of the supported housing by making the system more responsive to the individual needs and demands of those who are affected.

Besides fulfilling a pivotal role in housing advocacy for people with physical disabilities, we have been continuing our activities concerning the accessible public transportation as well. The issue of the reconstruction of the metro line 3 served for us like a hot topic last year. Especially after the major of Budapest had made a statement, saying that it is not worth investing in making the metro accessible because the people with physical disabilities do not use it anyway. Apparently, we found this way of thinking unacceptable, felt outraged and wanted to raise our voice to point out the nonsense and reversed logic behind this approach. We organized two street actions at the „Dózsa György úti metro station,” the only station in the first phase of the reconstruction which was not supposed to be made accessible according to the original plans. We held our first event at the end of October last year; we took some wheelchairs to the underpass and asked the passers-by to sit in and try to use the ramp. It turned out very soon that the slope is way too steep to cope with on their own. They could also attempt to overcome the stairs with the help of some funny tools (e.g., balloons). Our second action took place on 3rd November 2017, the day of the closure of the northern section of the metro line. It centered upon an open discussion on the importance of accessibility and solidarity. In the meantime, we were attending several meetings with various actors involved in the issue, among others the Metro Project Directorate, the National Federation of Disabled Persons’ Associations (MEOSZ) and the Association of Disabled Persons in Budapest. In spite of the demonstrations organized by various organizations and the increasing media attention, neither the government nor the major of Budapest wanted to take the financial responsibility for the costs related to accessibility.

In December 2017, an opposition party politician submitted a referendum question on the full accessibility of the metro line. The collection of the signatures could be started finally at the beginning of February.

A few days later, the president of MEOSZ suddenly managed to make progress with decision-makers, and after a series of negotiations with István Tarlós, they agreed on examining station by station what the technical possibilities are to make them accessible. At the end of April, they signed the agreement on making all the 20 stations accessible.

This decision has been undoubtedly the greatest success story of the Hungarian civil sector for a very long time. Our group is proud of its contribution to this great achievement, and it inspires us to continue our struggle in other fields as well. 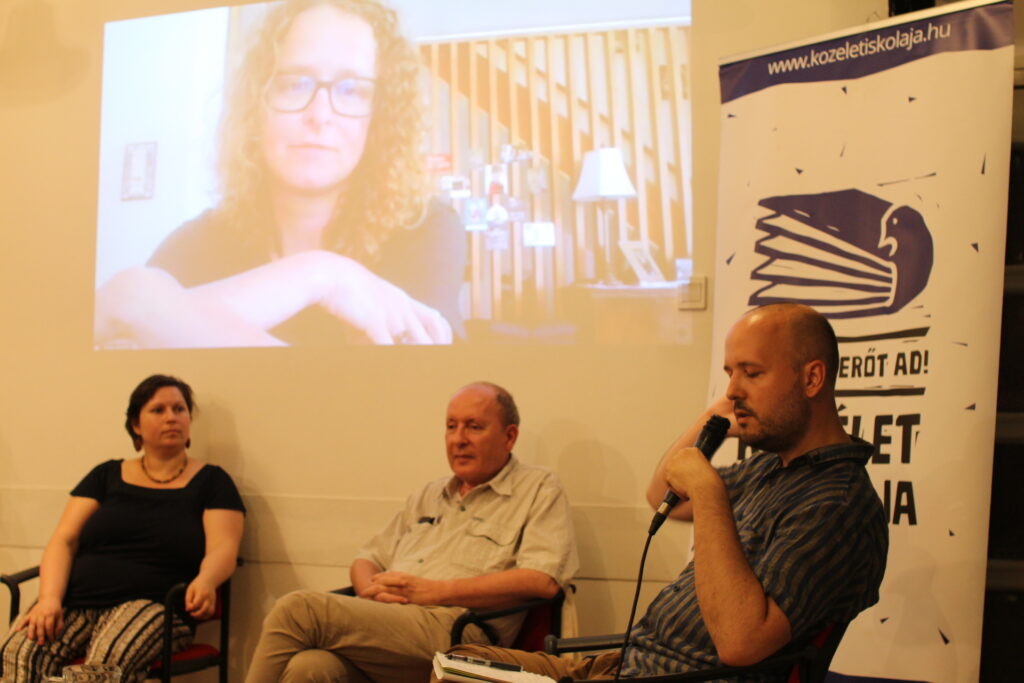 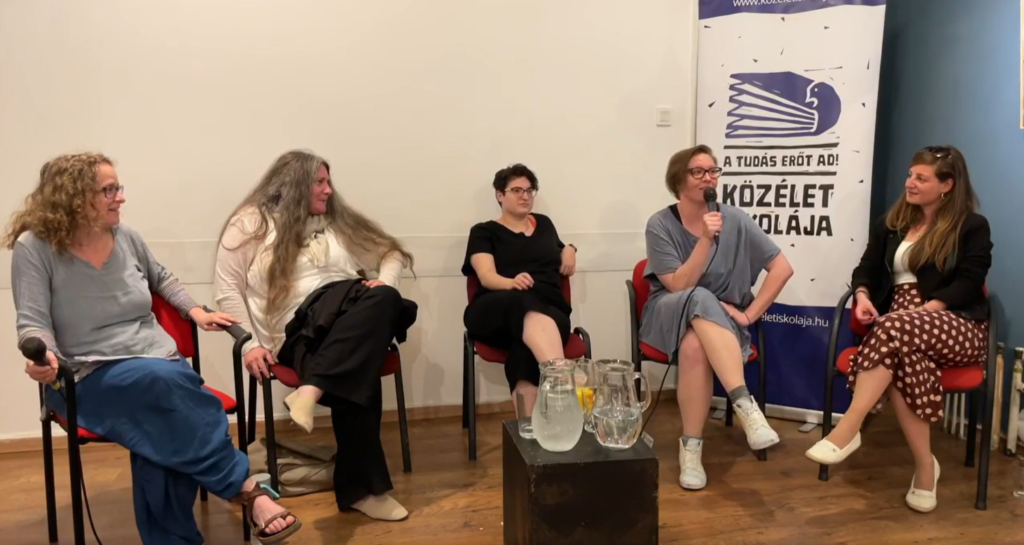 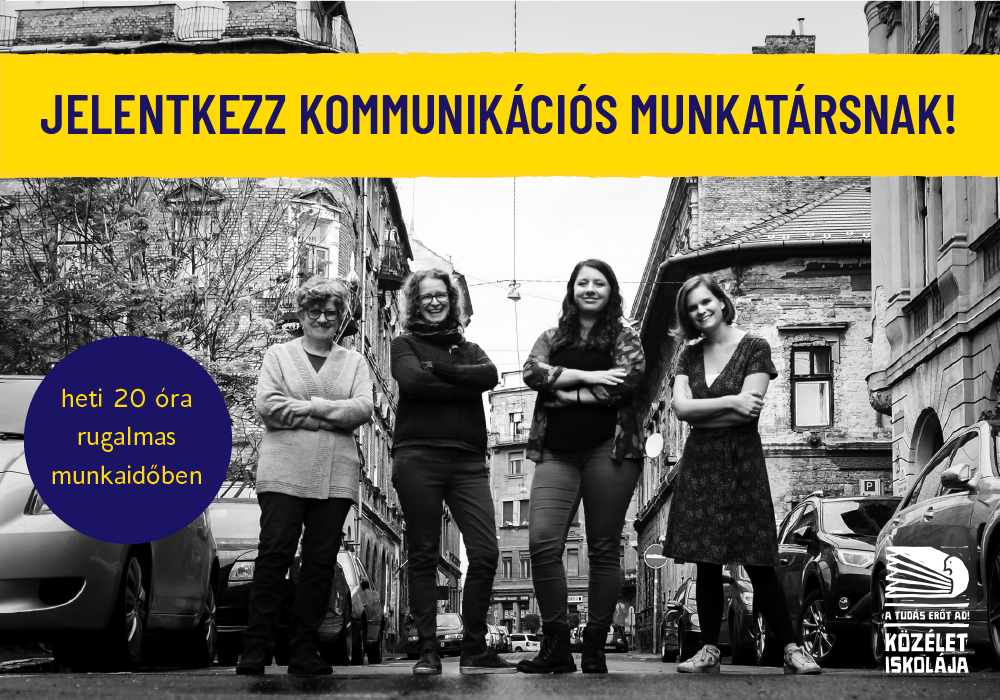